Have You Given Your Brain Away? Here's How You Can Know 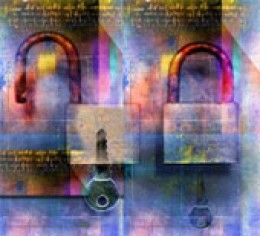 Unlock your mind... Take back your thoughts... Live free...

Are you completely programmed?

“Don’t lead me; I may not follow. Don’t follow me; I may not lead. Walk beside me and be my friend.” Dr. Robert Anthony
Let’s start by stirring things up a bit. That’s always fun, eh? How do you feel about the following quotes?
·      “Prayer: To ask that the laws of the universe be annulled on behalf of a single petitioner confessedly unworthy.” Ambrose Bierce (I think Bierce is saying prayer is not only quite unscientific for the most part, but selfish—individually and collectively—as well.)
·      “Faith: Belief without evidence in what is told by one who speaks without knowledge of things without parallel.” Ambrose Bierce. (This sounds like just taking someone—or some book’s—word for something without checking to see if it makes any real sense.)
·      “Impiety: Your irreverence toward my deity.” Ambrose Bierce (This one suggests that you can criticize my religion but I can’t do the same to yours.)
·      “Religion: The art of turning superstition into coin.” Ambrose Bierce (I like this one a lot. It speaks for itself.)
These come from one of my favorite writers. Here’s a short bio from Wikipedia:

Ambrose Gwinnett Bierce (June 24, 1842 – after 1913) was an American editorialist, journalist, short story writer, fabulist and satirist. Today, he is best known for his short story, "An Occurrence at Owl Creek Bridge" and his satirical lexicon, The Devil's Dictionary.
The sardonic view of human nature that informed his work — along with his vehemence as a critic, with his motto "nothing matters" — earned him the nickname "Bitter Bierce." Despite his reputation as a searing critic, however, Bierce was known to encourage younger writers, including poet George Sterling and fiction writer W. C. Morrow. Bierce employed a distinctive style of writing, especially in his stories. This style often includes a cold open, dark imagery, vague references to time, limited descriptions, the theme of war, and impossible events.
In 1913, Bierce traveled to Mexico to gain a firsthand perspective on that country's ongoing revolution. While traveling with rebel troops, the elderly writer disappeared without a trace.
--------------------
I’m not anti-spirituality. Far from it. I’m an ordained minister. But I always encourage free thought and self reflection. To follow someone or something without checking into the veracity and probability is unwise at best.
Think for yourself. You may not always be right. But you won’t be so open to trickery and fraud—by religion or anything else.
A final quote, this time from Henry Ford: “Thinking is the hardest work there is, which is probably why so few engage in it.”