How to Control the Universe, or Something Similar

Can you control the universe? Well, more than you might believe... 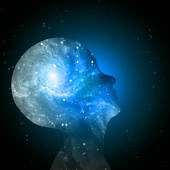 How do we explain love, especially Divine Love, in contrast to pain and suffering, death and violence, not only among humans, but also animals, plants, planetary bodies, colliding galaxies, supernovas and the continuous path called entropy, or the disintegration of all that is?

No matter the object, be it rock or flesh, or its direction, ultimately it all heads for destruction. It appears to be the natural way of things. Can we understand love in a way different from sweetness and light, or would that somehow be blasphemy?

Most of us who believe in some sort of God 'out there' actually think He/She will stick Its Divine Finger into the natural mix in order to suspend the laws of physics simply to put a little more money in the bank account, stop the spread of a cancerous tumor, or keep a child from breaking his neck on the football field.

But there is a way for you to control YOUR universe if not THE universe.
Eliminate all self-pity.*

Do that, and whatever amount of time you have on this planet, in this form, as a part of this universe will be heaven as you've never known it.

*(A spiritual disclaimer: Eliminating self-pity will, without doubt, be the toughest challenge you will ever accept into your life. Tis best to know that now, here, at the outset. And it also brings the most treasure. But you won't know until you move into and through it. Take the risk. It's worth it.)